Bankruptcy is a concept that comes loaded with lots of negative social connotations. However, it's important to think about bankruptcy as a tool that allows you to address specific financial problems.

Declaring bankruptcy isn't an inherently bad financial choice in most circumstances where a court would allow it. Generally, if you're at the point that a judge would hear your case, there's a good chance that a bankruptcy law attorney would encourage you to file for relief. Let's explore why that is often the case for folks facing financial problems.

First, it's worth thinking about who qualifies to file bankruptcy. Someone who makes less than their state's median income automatically qualifies to file for Chapter 7, the process where all non-exempt assets are sold. It's not a pretty thing to do, but it may be better than watching debt payments accumulate more and more with interest and fees because you can't afford to pay them in full.

Even if you make more than your state's median income, you may still have a shot at Chapter 7 bankruptcy. The court will have you submit to a means test where it will determine if your debts exceed your ability to pay. A judge will decide whether you pass the means test, and things will go from there if you do.

Likewise, Chapter 13 offers an option for folks who may be able to pay but who need to see their total owed debts reduced. In Chapter 13, you would submit a plan to pay a specified lower amount, as well as evidence of your ability to pay according to it. A judge would then decide if the plan is serviceable within a three- to five-year timeframe.

Chapter 11 is a similar option that's mostly used by businesses. However, some folks with millions of dollars in personal debts might consider it because the qualification threshold is higher.

The notable positive part of bankruptcy is that a judge will discharge your debts as long as you follow an approved process. In Chapter 7, this largely means filing exemptions and then letting a court-appointed trustee sell things. Exemptions cover practical things like a reasonable car to get to work, clothes, furniture, and appliances. For folks who don't have much, this may feel like a lateral move at worst.

In Chapter 13, the discharged amount is the difference between the plan and what was originally owed. For example, someone who submitted a plan to pay 70% of $200,000 in debts would pay $140,000. The court would discharge the remaining $60,000 upon completion of the payment plan. 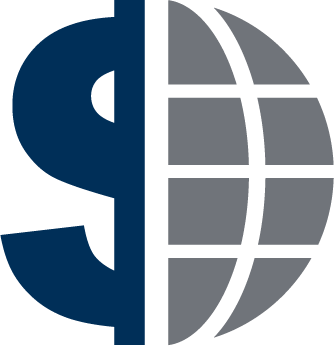 Declaring bankruptcy is not easy. Deciding that you have no other way out from underneath your debt and making the call to actually file bankruptcy paperwork is challenging from a mental and emotional perspective. But do you know what can help? Having a good bankruptcy attorney on your side. An attorney can help you navigate the sometimes complex legal jargon associated with bankruptcy filings. They can also help you assess your situation and determine which chapter you should file under. Learn more about bankruptcy attorneys and the guidance they offer on this website. This is a good place to start if your debt is getting unwieldy.

What You Should Know About Chapter 13 Bankruptcy
1 November 2021
When you face difficult financial issues, you might decide to turn to a professional for help. You can turn to debt consolidation companies for help o …

What if You Don't Meet the Threshold for Chapter 7 Bankruptcy?
14 June 2021
Chapter 7 bankruptcy law establishes a threshold for filing. The threshold is half the median income for the state the petitioner lives in, and that m …

Should You Delay Bankruptcy Until After the Summer?
24 May 2021
As summer approaches, a person considering bankruptcy may wonder whether they should pursue it before or after the warm months of summer. How could su …